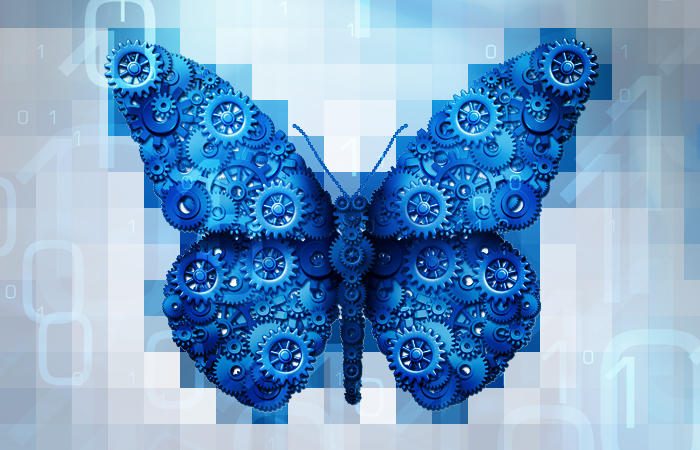 An inside look at 10 real-world digital transformations

The trend toward digitalization is only gaining steam. CIOs currently devote 18 percent of their budgets in support of digital transformation, a figure expected to increase to 28 percent by 2018, Gartner analyst Andy Rowsell-Jones told CIO.com in October after surveying 2,600 CIOs worldwide. Going digital often means significant challenges and consequences, says Rowsell-Jones, adding that companies are overhauling their business models and allocating more of their IT budgets to catch digital disruptors.

But the march toward a digital future is slow going. Data collected from the 2017 Harvey Nash/KPMG CIO Survey published in May suggests companies’ digital efforts are progressing more like the tortoise than the hare, as only 18 percent consider their digital strategies “very effective.”

Denis Berry, KPMG principal and U.S. CIO Advisory leader, tells CIO.com that while CIOs have enjoyed pockets of success for digital initiatives within their organizations they are struggling to get their transformation efforts embraced by those in the enterprise with other agendas or a general resistance to change. While some resistance within the organization is “always going to be there,” Berry says more CIOs will overcome these obstacles, particularly as CEOs throw their weight behind digital initiatives.

To help you on your digital way, CIO.com checked in on 10 digital transformations underway at some of the world’s leading brands. Following are snapshots of their digital initiatives in progress, overviewing their strategies and implementations and the challenges they’ve met along the way.

When CIO Marty Boos joined StubHub five-plus years ago the ticket retailer’s infrastructure was struggling to handle the sheer volume of a business that processes thousands of ticket transactions daily for concerts and sporting events. Leveraging Linux servers and technology from VMware, Akamai and Oracle, Boos built a private cloud that scales elastically. To better support global transactions in the wake of StubHub’s purchase of Ticketbis, Boos is close to picking a public cloud vendor to process payments locally in 44 countries worldwide. “We’re going to use that to get the transaction closer to the consumer,” Boos says.

The private but soon-to-be hybrid cloud supports several customer-facing initiatives. With more than 50 percent of StubHub’s traffic funneling in from mobile devices, Boos’ team is enabling sellers to use their phone to take a picture of tickets and post them online. The IT department is also working with business development teams to add music and other content to reimagine StubHub.com as more of a destination website, and mulling how to enable groups of Facebook friends to purchase and pay each other for tickets. “A lot of what we’re doing is making discovery and planning processes easier for customers,” Boos says.

Frank Olszewksi is preparing for the day when the construction industry finds itself “Uber-ized” and “Airbnb-ed” by digital trends in service delivery. To prepare for that day the HD Supply CTO has shifted a virtualized and software-defined data center into a co-location facility (so he doesn’t have to manage data centers) where the hypervisors and container technologies are programmable. That is, Olszewski’s engineers can shift, spin up and wind down compute resources by clicking a few buttons.

Olszewski says that this construct, combined with customer-facing mobile technologies will prepare HD Supply’s maintenance staff and field service agents to take pictures of parts with their smartphones, which query the company’s back-end systems to find out what fulfillment center they are located in. Ideally, this will enable HD Supply to provide same-day delivery to its customers. In the future, Olszewksi says that HD Supply may rent others’ distribution centers “Airbnb” style, as needed. “I need to be ready to handle these workloads, six or 12 months from now,” Olszewski says. “We will test, investigate and play with a few things.”

At JetBlue, CIO Eash Sundaram has deployed high-speed internet and streaming, mobile payments, and other tools to improve passengers’ experiences. Earlier this year the company launched JetBlue Technology Ventures (JTV) to invest in startups seeking to bring to the travel market machine learning and analytics as well as new approaches to customer service. Think of it as another channel for innovation. “If you just pile everything into the mothership, things don’t move as fast as you want them to move,” says Sundaram, who has also set his sights on near field communication as a replacement for self-service kiosks and check-in desks.

Domino’s Pizza has incorporated capabilities to allow consumers to place orders from any computing device. The company’s AnyWhere platform allows you to place orders through smartphones, smartwatches and smart TVs, by entering orders into the Domino’s website, and by tweeting and texting emojis. “Choice drives our whole mobile and digital platform,” Domino’s CIO Kevin Vasconi tells CIO.com. “Millennials love that.” Domino’s current challenge? Getting Dom, its voice-activated virtual assistant, to understand and facilitate all of the different ways people order food through speech.

For more about Domino’s digital transformation, see “Why Dominos’ virtual assistant struggles to understand your orders.”

Target’s digital journey has suffered through its fits and starts and a devastating data breach in 2013 didn’t help matters. To help jumpstart its digital transformation, the retailer hired CIO Mike McNamara from Tesco, where he had led several digital initiatives for the U.K. grocery chain. McNamara spent much of 2016 flipping the software development model from outsourced to insourced and spearheading custom software development, including new supply-chain applications to better align inventory availability with consumer demands.

Like Target, Wal-Mart has been refashioning its software stack as a custom platform, which includes a new search engine and several cloud applications. Based on OpenStack, Wal-Mart’s new ecommerce platform is designed to help the retailer compete better with the OpenStack cloud platform. In fact, open source is a huge part of Wal-Mart’s digital transformation. The group earlier this year launched OneOps, a platform that lets programmers test and switch among different cloud providers, a crucial benefit as companies embrace hybrid cloud models.

Capital One has built a huge banking and credit card business thanks to solid customer service, with a major assist from digital capabilities. Its mobile banking app was among the first to support Apple’s TouchID biometric software. In 2016, the bank was the first to enable voice-activated financial service transactions via Amazon.com’s Alexa virtual assistant. Now CIO Rob Alexander is overseeing a major shift to devops to facilitate faster software creation. “Winners in banking are going to be the ones that recognize that technology is really going to play a central role in how consumers want to bank in the future,” Alexander tells CIO.com. “We’ve got to be great at building software.”

Check out “Capital One shifts to DevOps to keep pace with customers” for an inside look at Capital One’s digital transformation.

Pharmaceutical retailers are rarely mistaken for digital innovators. CVS Health is trying to change that by consolidating its websites and mobile applications. It later hired CDO Brian Tilzer to lead the company’s digital strategy but rather than whine and lament what many in his position view as a threat, CVS CIO Stephen Gold welcomed the addition to the executive suite. To that end, Tilzer and Gold opened a digital innovation lab in Boston in 2015. Early projects, including digital prescription and insurance card scanning and integration with Apple Watch, have come to fruition. The company also integrated technology from startup Curbside into a mobile app that lets shoppers order and pick up products in front of a CVS store. Gold says the innovation team’s remit is to fail fast. “Part of the output of innovating is going to be things that don’t work and that’s fine as long as you discover that early in the process as opposed to late in the process,” Gold says.

CVS’ chief rival Walgreens has been steadily transforming its business as well, with CIO Abhi Dhar assuming the reins of the company’s digital strategy in 2015. With what he describes as a “maniancal focus on customers,” Dhar has redesigned the company’s mobile app to allow consumers to manage their medication schedules from their Apple Watches and enabled Balance Rewards members to earn and redeem points using Apple Pay.

Check out “Walgreens CIO starts with the customer and works backward” for more on Walgreens’ digital transformation.

Subway’s transformation is only in its infancy but CIO Carman Wenkoff is leaving little to chance. He’s hiring more than 150 technology, marketing and operational professionals to help overhaul the company’s mobile app and redesign the sandwich chain’s stores for the future, including self-service kiosks and other capabilities. Wenkoff this summer also tacked on the title of CDO, which he says will help bring coherence to the business strategy.