3 years ago admin Comments Off on Batemans Bay, NSW cashes in as real estate market heats up

The NSW South Coast fishing village of Batemans Bay has a real ­estate market that moves like clockwork, at a predictable languid pace.

December is quiet. Buyers start looking in January but nothing much happens until February.

The past six months, however, have been different.

It started with the calls from Sydney, the first in several years. And then the records began to tumble.

“We put it on the market in December because nothing happens around here at that time, but within three weeks of listing we had two buyers vying for it and it sold.”

The record price of $2.025 million was the first time a home in the area had broken through the magic $2m barrier.

Nearby, a riverfront record was set when in February a Sydney couple paid $1.7m for a two-storey home backing onto the Clyde River.

The family-friendly town, long popular with retirees and known for its seafood and quiet beaches, was starting to gather pace. And so were its prices.

Helping it along was it’s new-found energy; no longer sleepy but sophisticated with multi-million-dollar redevelopments generating jobs and activity.

Fifth generation oyster farmers, brothers Ben and John Ralston, have seen the change first-hand. They’re among the local businesses leading the charge, opening their third venture in their home town on Christmas Eve.

Their oyster and wine bar, The Farm Gate, housed in a repurposed shipping container within stage one of the $4.5m marina ­redevelopment had locals and tourists hooked.

Canberrans think nothing of day-tripping almost two hours each way to lounge on The Farm Gate’s picnic rugs and indulge in the brother’s renowned oysters and cheese platters.

Six major businesses, including the town’s largest employer JJ Restaurant, have taken up space within the marina, which is credited with increasing the number of visiting boats by 300 per cent.

Luxury agent John Haslem attributes the redevelopment of the Regional Shopping Centre, a new Bunnings centre, along with the marina, as contributing to the area’s resurgence. The federal government’s ceiling on superannuation investment, low interest rates and the region’s relative affordability have also had a positive impact on buyers, he says.

“For a while there we would only ever record seven to nine million-dollar-plus sales in our market each year,” he says.

“Last year we had 16 or 18 at the top of end the market. Properties that were sitting there unsold are now moving. We’re not seeing a dramatic increase in prices but where we had 15 houses on the waterfront now we only have five or six available. That can only lead to buyer competition that will push prices up.”

Testing the market is 26 Bay Road, Long Beach; a four-bedroom, two-storey waterfront built 10 years ago by vendors Michael and Wendy Hackett — it was the street’s first modern beach house.

“We used to refer to it as Hackett’s Resort in Paradise, because every day was so special.

“We lived on that street for several years prior and loved everything about the beach and the lifestyle. We rented a couple of places jumping at the chance to buy the 1280sq m block and what was then an original small solid brick home,” Michael says.

That was 2004, the market was rising and the Hacketts spent $220,000 to secure their dream location. The Hacketts, having moved to a bush home, are seeking offers in excess of $1.5m.

Architecturally-designed homes have sprung up since in nearby subdivisions and the run down waterfront beach shacks are slowly being replaced by their Canberra or Sydney owners.

Batemans Bay’s median house sales price is $370,000, according CoreLogic RP Data’s figures from 24 sales in the 12 months to the end of February, up 19.4 per cent on the same period five years ago.

The record prices have given people confidence that they’re not making a mistake in buying a trophy property, Haslem says. 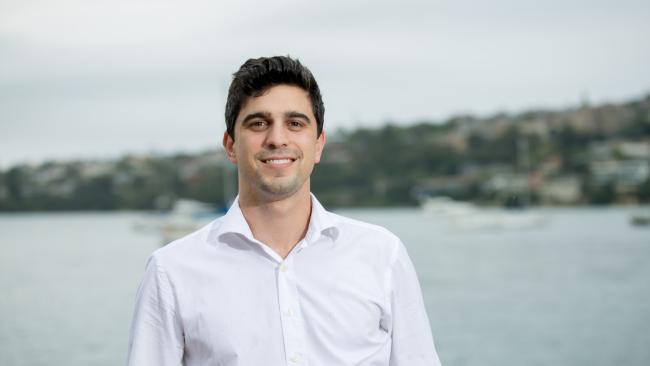