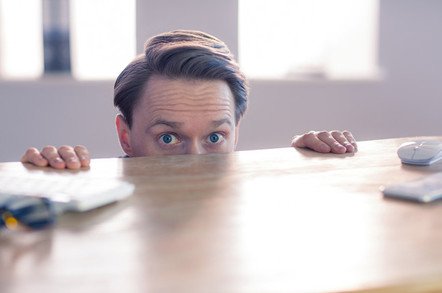 2 years ago admin Comments Off on BOFH: Give me a lever long enough and a fool, I mean a fulcrum and ….

Simon and PFY gamify the interface

“Just, ah, back that up a little there – you put a fair amount of time into what now?” the PFY asks.

“Oh. Why didn’t you say brainstorming, instead of using a 20-quid word like ideation?”

“Well it’s quicker for a start.”

“Even after I had to ask you to explain it to me?”

“Perhaps not initially, but I’m sure we’re on track now. Anyway, we put a lot of time into ideation sessions…”

“He means brainstorming,” the PFY says to me.

“I think he knows what ideation means,” the suit says, getting a little snippy.

“No, no, he’s right,” I admit. “I have a shocking attention span when it comes to the 20-quid words that my assistant was talking about. In one ear and out the other.”

“There’s nothing new in ideation,” he says.

“He means brainstorming,” the PFY mumbles.

“But leverage, you said?” I continue. “You mean leverage as in blackmail leverage or lever and fulcrum kind of thing?”

“It’s a simple term – everyone uses it,” he chips back.

“I don’t. Or rather I do when I have found some risqué conference photos on a cellphone I’m unbricking – or when I have an extremely heavy piece of hardware that is reluctant to exit the building via our window when a particularly annoying person is attempting to pry the 1 quid coin I superglued to the footpath directly below. Apart from that, though, nope.”

“Right you are! So you’re doing all that to our market perception?”

“That’s an estimate of our expense.”

“Well I know where the first quid of that 20k will come from if you want to pop outside to the street below to get it while I find my crowbar.”

“I don’t think that will be necessary,” the Boss says drily. “Let’s just crack on shall we?”

“As I was saying, the ideation…”

“Brainstorming,” the PFY mumbles to me.

“…session identified some learnings from a similar exercise we…”

“Learnings, you said?” I interrupt. “Not lessons?”

“No, learnings. From a lesson you might get learnings – things you learnt.”

“And you couldn’t say lessons? Or knowledge?”

“Moving along,” the Boss says.

“We identified some learnings,” he continues, “which we put into practice with your your company’s public-facing image.”

“Yes. So we spitballed a couple of ideas…”

“…let them marinate for a while.”

“Charged another 40 hours to the job while fart-arsing around on some other client’s project,” the PFY adds.

“And pivoted your interface into a gamification activity.”

“Changed it into something that a child could use – because only a child would want to.”

“Did you say gamification?” I asked.

“Yes, it’s a model of using gameplay elements to engage with the website.”

“Which game are we talking exactly?”

“Well which game are you trying to make it like? I’m quite a fan of murder in the dark. Get the lights, will you, Stephen?”

“I DON’T think that will be necessary,” the Boss says, turning back to the suit. “Please continue.”

“So with the gamified interface we could get some pretty good key takeaways about client engagement.”

“You mean takeaways like an Indian? Or a nice kebab?” the PFY asks.

“He means indicators of client use of the website,” the Boss bossplains. “So tell me, how would this be done?”

“Well, we’d on-board a couple of gamification ninjas to iterate a few possible strategies to solutionise the overarching interaction issue.”

“I have no idea what he just said, but he mentioned gingers,” the PFY mumbles.

“So the extra staff – they’re included in your estimate?”

“Ah no, the 20k figure was the analysis of what is wrong with your current public face by one of our usability gurus. The solutionisation of that interface is a separate contract and would involve a couple of gamification ninjas working with one of our in-house design rockstars.”

“You know some rockstars?” the PFY asks.

“So all up, what are we looking at?” the Boss asks.

“The whole shooting match? Probably around 45, 50. 60 if you want us to reach out to a vibe manager to really put a shine on it.”

“OK,” the Boss says. “I think we’ve made some real progress here. I’ll just leave you with Simon and Stephen to flesh out some of the finer points.”

…Half an hour later…

“Well and truly leveraged,” I say.

“The decruitment process went well. And on the plus side, I got my quid coin back!” 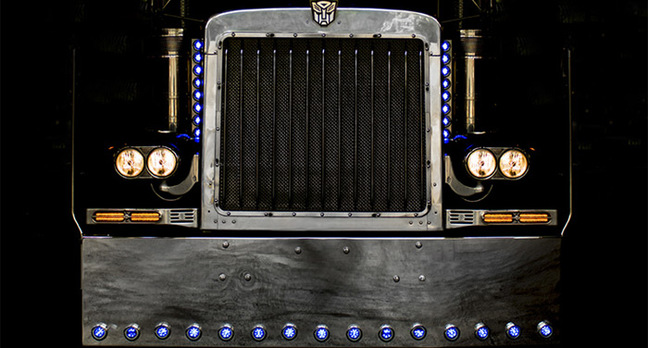 As the dominant digital retailer, Amazon has clearly upended the “bricks and mortar” retail industry. It played a significant role in the downfall of Sports Authority and the bankruptcy... Read More 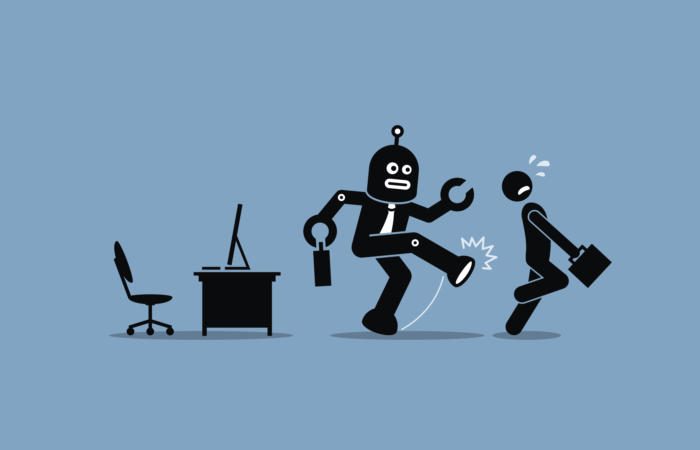