3 years ago admin Comments Off on Buying that holiday feeling: Agents prepare for home sales surge

From Portsea across the Tasman to Queenstown, taking in Port Douglas and Noosa, agents are readying for a surge of impulse buyers over the Easter break.

“We love Easter, it is busier than Christmas,” says Kay & Burton Sorrento and Portsea director Liz Jensen. “There’s a greater concentration of people in the southern Mornington Peninsula than at any time.

“They do fall in love and they can be spontaneous and purchase — they go out and look at the open inspections. And we are aflurry with open inspections this weekend before their attention turns to the snow falls.”

In a bid to capture the holiday-maker buyer, Kay & Burton is auctioning a cottage in Portsea’s Back Beach Road tomorrow with price expectations of more than $1.3 million.

Agents expect a strong Easter sales surge with as many as one in five property buyers purchasing impulsively during or immediately after enjoying a break in Noosa, Kangaroo Island and across the Tasman, in the ski hub of Queenstown.

Noosa agent Tom Offermann says 20 per cent of property purchases over the holidays are impulsive buys of either second homes or holiday villas.

“We have had people in the office today from Melbourne, which is quite typical,” says ­Offermann. They are usually from Melbourne, Sydney and Brisbane. And the purchasers are by people who know the Noosa area really well.”

The trophy Noosa property on the market at present is 29-31 Wyuna Drive, Noosaville, with price expectations of more than $11m. Set on 1228sq m, the waterfront property features six bedrooms and bathrooms.

Further north, Tony ­McGrath, principal of Port Douglas’s Pink Agency, says holiday-makers will be attracted to three exclusive 599sq m lots of lakeside land on Port Douglas Road with an asking price of $278,000 to $360,000 this Easter.

“They are great lots and are dead level and easy to build on, and I reckon Easter buyers will be interested,” McGrath says.

“Having been here over Easter holiday-makers will probably start looking at the website when they go home, and they might come here expressly to look at buying because the market is so hot in the south, particularly in Sydney and Melbourne.”

Down the coast, south of Cairns in Mission Beach, Steve Wiltshire of Mission Beach Real Estate says impulse purchasing has been a major element of sales not just in Mission Beach but in other Queensland hot spots such as Noosa and Port Douglas.

“Generally speaking, right at the end of the holidays they make a decision to purchase,” says Wiltshire. “You usually get a phone call on Easter Monday.”

“It’s very common among top-end buyers, and they are usually from South Australia, Victoria and NSW, and it happens particularly when the southern states are having nasty winters.”

This Easter weekend, Wiltshire is marketing 1 Nissen Street, Wongaling Beach, which has a pool overlooking the beach and Dunk Island. The three-bedroom and two-bathroom house has an asking price of $1.19m.

Further south in Kangaroo ­Island, off the South Australian coast, Colin Hopkins of Elders says many of the island’s real estate purchasers are holiday-makers.

“The emotion of wanting to buy, it is very strong at Easter,” says Hopkins. “Buyers are generally looking for sea views and some open space.

“As soon as you get on the ferry to Kangaroo Island out of Cape Jervis it is like you are leaving for another world.”

But he says it is a rarity that they buy on their first visit, showing interest on subsequent visits in Penneshaw, Emu Bay and Island Beach, which has a north-facing white sand beach.

“On Kangaroo Island, visitors are not used to seeing kangaroos hopping around their front door.”

Hopkins is marketing the ­island’s Lathami Lodge with an asking price of $795,000 for the property, which is used as bed and breakfast accommodation and has an average yearly occupancy of about 60 per cent.

But New Zealand is where the Aussie holiday-makers really fall in love, says Nick Horton of Luxury Real Estate.

“They usually fall in love on the first trip and call us on the way home to the airport when flying out … and then the next time they come and buy,” Horton says.

“You get their details and send them some options. Outside of Kiwis, the Australians are our biggest market.”

Luxury Real Estate specialises in high-end real estate whether it’s an up-market apartment ­overlooking Queentown’s Lake ­Wakatipu or the gorgeous inland township of Arrowtown, which is closer to golf courses and vineyards and offers more privacy.

“Aussies look for a wide range of property but the majority are wanting something in town close to the town centre. The Australians want an apartment in town so they can go to restaurants, then over time they spend more time in Queenstown and they want to be in Arrowtown playing golf, and that is where they will see properties with more privacy, space and views.”

Horton says a good central apartment in Queenstown costs about $NZ1m ($925,000) and will be within walking distance to town. “It would rent out for probably $NZ800 to $NZ1000 a week or on short term rentals you could get as much as $NZ1000 in the ski season, or in the Christmas holidays, or at Easter.”

In Queenstown, Horton is marketing 29a Edinburgh Drive with an asking price of $NZ2.395m. The French country-inspired house is perched on a ridge line of the Queenstown Hill with panoramic views of Lake Wakatipu and the Remarkables northern range.

In Arrowtown, Horton is asking $NZ2.395m for ­7 Anglesea Street, which is a six-­bedroom house operating as a lodge with strong forward bookings. It features three separate boutique cottages.

But for the seriously cashed up, Horton is selling the 3658ha Robrosa Station, Wanaka, for $NZ7.475m all inclusive. It features two ­alpine lakes with ­associated huts. Enjoying a 2km frontage to the Cardrona River, the station is popular with local fly fishing guides. Wild deer and chamois roam the property, which has consents for the construction of a lodge and workers’ house. A large helicopter hangar with a self-contained unit attached is ­established for the working sheep and cattle station. Expressions of interest close on May 11.

But in Australia not all agents report Easter as their best-selling season.

In the idyllic northern NSW coastal town of Byron Bay, agent Ed Silk says holiday-makers over Easter are concentrating on the town’s Bluesfest rather than making a property purchase.

Logging back into Portsea Former Computershare director Michele O’Halloran, who broke the Victorian residential house record when she sold historic Ilyuka, has bought back into Portsea. It was 2010... Read More 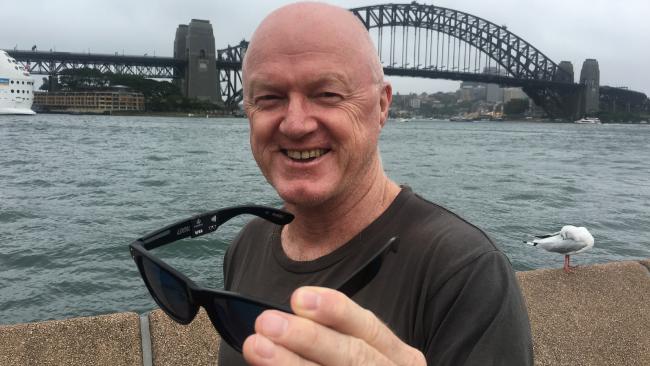 Never be caught short after this brainwave

Making a payment is now as easy as tapping your sunglasses thanks to a plucky Australian start-up, Sydney-based Inamo, which is starting to take the world by storm, appearing... Read More 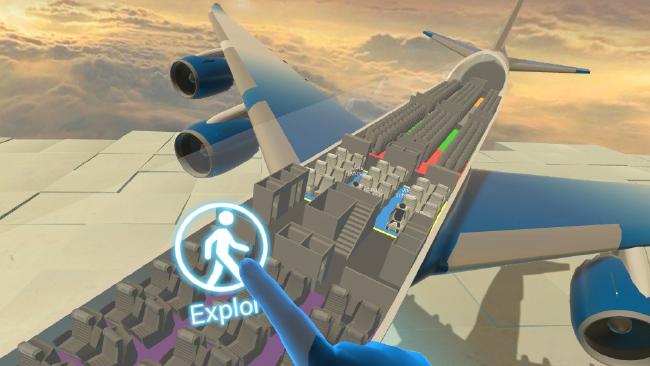 A flight of fancy with virtual reality

Your next flight may be booked in virtual reality, with a company called Navitaire today unveiling what it says is the world’s first virtual reality travel search and booking... Read More