Sony’s Xperia XZ Premium is a classy smartphone with two amazing camera tricks. Whether they matter to you will affect how much you want this phone. But the mistake is to judge this phone solely by these two clever features and not see other stunning ones. That starts with its display.

The two camera tricks centre on something Sony does better than other phone-makers: making image sensors. It has added a layer of DRAM memory in the sensor that can temporarily store video and stills at an incredible rate, at 25 gigabits per second.

It means you can store amazingly high-quality video at almost 1000 frames per second in short bursts, then pump it out at the normal 5 gigabit per second rate to the camera phone’s application processor. It’s in short bursts because you are limited by the DRAM storage capacity.

The first trick is the XZ Premium’s ability to record incredibly slow-motion video. You select super-slow-motion mode, then hit normal recording. When an event you want to slow down happens, you push the super-slow-motion button again, and the camera takes 960 frames per second video for 0.182 seconds. That’s 32 times slower than normal.

At Luna Park Sydney, where Sony launched the phone, it didn’t take me long to capture the pivotal moment of a balloon filled with water bursting, and patrons rushing past on rides at ferocious rates. Their facial expressions were sharp and something to behold. When you’re trying to capture fast action, the tricky bit is to spot the right moment to press that button. It’s harder than you think.

I wouldn’t use it all the time but there would be occasions where it is magic.

The second trick also makes use of the DRAM and is called predictive capture. By continually taking and caching stills in this memory, Sony can save full-sized photo images taken just before you press the shutter button. This compensates for the reaction time when you’re trying to catch some sporting action. It’s something I would love on my DSLR.

Predictive capture mode works when motion is in the frame. You select this mode and press the camera phone button in two steps.

When you press the button further in, two of those images are saved, and the camera takes another two. You are then presented with four images, two slightly before the button press and two after. You can opt to keep one or all four. The idea is you get the best action shot.

Sony has gone down the path of a camera with fewer but larger pixels: a 19mp back snapper with 19 per cent larger pixels. There’s a high-resolution 13 megapixel selfie camera, too.

Sony is the home of Play­Station and there are PS4 capabilities when you pair the XZ Premium with a PS4 controller. It’s a little convoluted to set up but you can mount the XZ Premium in a cradle attached to the controller and use it as a remote screen for playing games.

Sony has offered waterproofing in its premium phones for half a decade. The XZ Premium is rated IP65/68, which means it can stand a low-pressure water jet spray for three minutes, and the effects of continued immersion in water depths greater than 1m. It’s also dustproof.

While I love 4K screens, the downside is they churn up battery juice. I did our normal battery test of running 1080p video at 50 per cent brightness. It played for 10 hours, three minutes, which is excellent.

Note that playing big 4K files can affect battery life. I did the same test with a 4K movie playing and battery time was five hours, eight minutes. The XZ Premium does support Quick Charge 3.0 fast-charging technology, so you can get going again quickly.

The let-down is the body design. The glossy Gorilla Glass 5 finish looks spiffy but it ­attracts fingerprints and lacks the grippy feel of a phone with a textured back. It feels hard in the hands, and a tad thicker and heavier: it’s 7g more than iPhone 7 Plus and 40g more than the S8. The lack of curved edges gives the phone a squarish, old-fashioned look, something Sony should revisit. 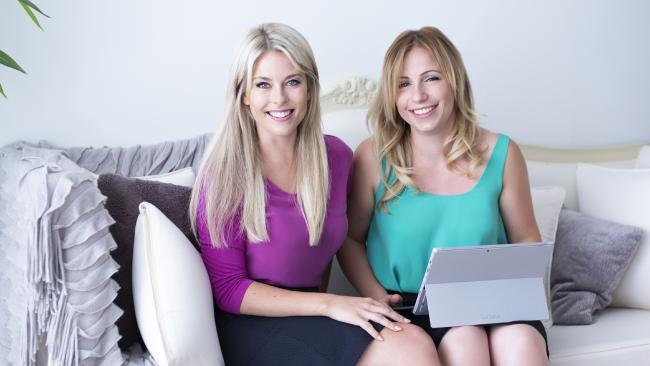 How flexibility is integral to helping women progress in the workplace

Amazon is coming and it’s good news for Aussie retailers

OK it’s party time! No, seriously the confirmed arrival of Amazon to our golden shores is cause for a celebration within the retail industry. And I don’t mean that... Read More

Superannuation changes that take effect on July 1 could have a huge impact on workers, particularly the wealthy, and many could end up paying more tax. The news is... Read More