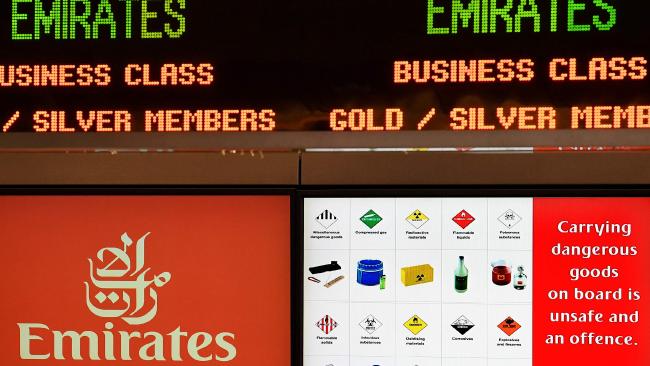 Australians will be caught by the ban on laptops and electronic ­devices in cabin luggage if they fly out of the 10 affected countries and airports to Britain and the US, even if just transiting.

The rules are likely to cause chaos in affected countries when going through security, because there will be two sets of rules for inspecting cabin baggage.

Those heading to the US and Britain through these ports will have different rules ­applying to their hand luggage check than those flying elsewhere.

Both Britain and the US are ­requiring passengers to stow electronics, except mobile phones, on inbound flights from targeted countries. Laptops and tablet computers will need to be checked in. That will also mean no laptops and tablets while waiting in departure lounges.

Passengers will be forced to perform work on mobile phones which for most will be inefficient and time-consuming for anything more involved than checking emails. That will affect business travellers seeking to work on flights and in transit.

The moves are likely to cause chaos in affected countries for passengers passing through ­security, because there will be two sets of rules for cabin baggage.

Those heading to the US and Britain through these ports will have different rules applying to hand luggage than those flying elsewhere.

Some passengers may also be concerned about the safety of laptops and expensive cameras in luggage holds.

There is the potential of theft in some countries, and fragile electronics can be subject to rough baggage handling.

There’s also potential for data theft from devices out of your direct control. You should consider carrying sensitive material on a USB stick, or storing it securely in the cloud, and encrypting any device hard drive that will be out-of-sight.

There’s also concern that the rules will see a large number of lithium-ion batteries in checked devices stored in luggage holds, and out of reach should a fire erupt.

But the ban would affect ­passengers whose itinerary ­included other airline routes — for example from Melbourne or ­Sydney to Dubai, then on to New York.

There is concern about how effective the measure will be security-wise. The US Department of Homeland Security cites terrorism concerns. One scenario would be assembling a bomb from parts hidden in different electronic devices.

For example, a traveller from Cairo to London could go via a European airport and fly to London on a separate ticket. Or they could just choose to detonate a flight travelling elsewhere.

For example, if you fly Emirates from the Asian region to New York, you’d likely travel through Dubai Airport and be snared by the ban.

Emirates in a statement said that the US ban “is applicable to all US-bound passengers from Dubai International Airport, whether originating or transiting through”.

“Emirates requests that all passengers travelling to the US pack all electronic devices larger than a cell phone/smart phone in their checked-in baggage.” It says the US directive applies from March 25 to October 14. 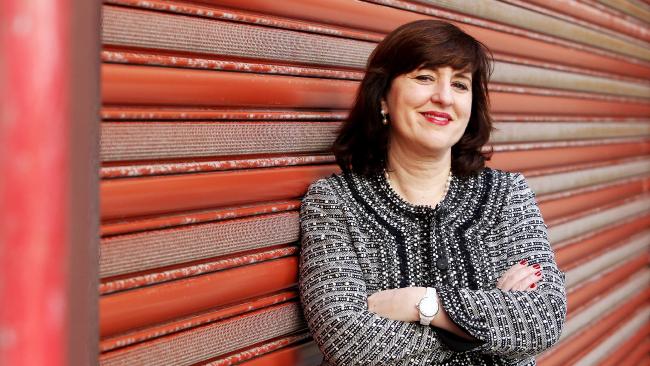 Polycom thinks outside 9-to-5 box for flexible workers

The conference call continues to be a feature of the contemporary workplace but the company that pioneered the technology, Polycom, is preparing for a world where the traditional nine-to-five... Read More

Sydney buyers spread wings down to the Southern Highlands

There was a single moment of frustration six years ago that caused real estate agent Michael Knight to lose patience with Sydney, pack up his bags and look for... Read More 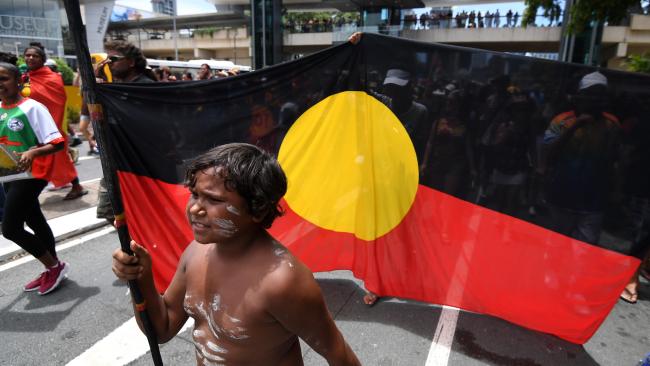 Improving the health and welfare of indigenous Australians has been a longstanding challenge for our nation. Earlier this year, the government’s ninth annual Closing the Gap report showed only... Read More

Telstra has raised the stakes in the mobile wars with the telco reinforcing its long-running partnership with Sweden’s Ericsson to give its core network a 5G makeover. It’s the... Read More