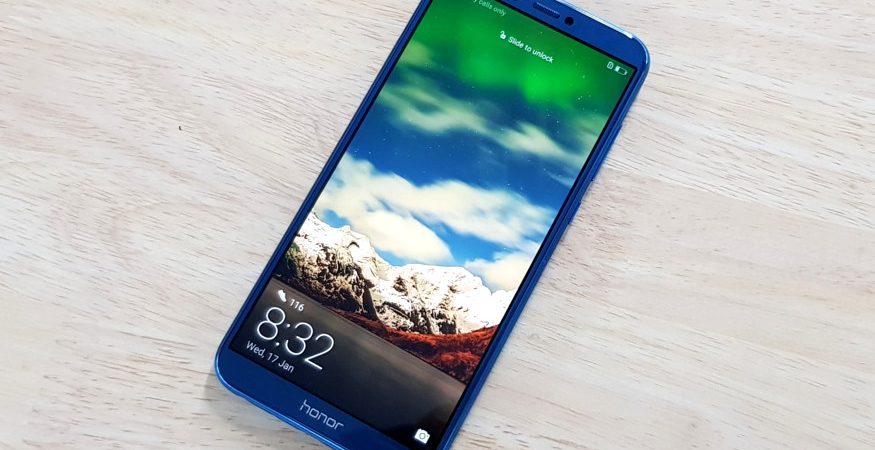 Honor, Huawei’s e-brand for digital natives today announced its biggest sales event of the year, Honor World Carnival in India is from April 4 to April 8 on their online sales platform- HiHonor India. As a part of Honor’s India First strategy, the Carnival would be rolled out first in India, followed by other global markets.

Following image explains the offers available during the Honor World Carnival in a detailed manner. Consumers can visit the official Honor India website to avail offers and discounts. 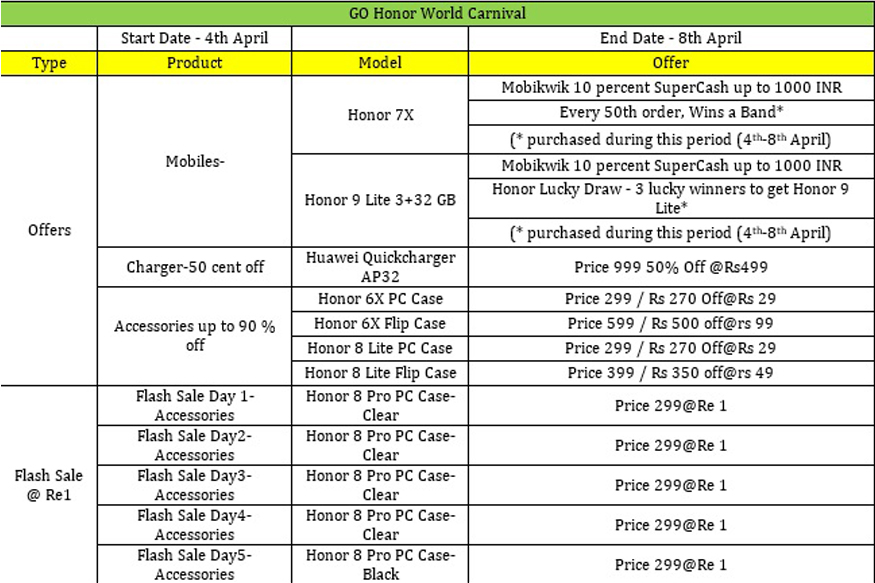 The Honor 7X, priced at Rs 12,999 (for 32GB Version) and Rs 15,999 (for 64GB Version), was launched at an event in London. As for its specifications, the Honor 7X is powered by a HiSilicon Kirin 659 octa-core SoC and will run Android 7.1.1 Nougat, topped with EMUI 5.1. The storage variants of the smartphone include 32GB, 64GB and 128GB options, with the capacity of expanding the memory up to 256GB using an external microSD. Following the industry trend, the device boasts of a 5.93-inch near bezel-less, Full-HD display with an 18:9 aspect ratio. It will run on a 4GB RAM and will be backed by a 3340 mAh battery.

Optics of the smartphone include a dual-lens camera setup at the back, with a 16-megapixel primary and a 2-megapixel Secondary lens with features like PDAF, LED-Flash, Face Detection, HDR and 1080p video recording @30fps. There is also an 8-megapixel shooter at the front, while the fingerprint sensor of the device has been shifted to the back. Connectivity options on the Honor 7X include 4G-LTE, Dual Nano-SIM (Hybrid), Wi-Fi Direct, Micro-USB 2.0 and Bluetooth 4.1.

Connectivity options on the Honor 9 Lite include hybrid dual-Nano SIM slots, 4G VoLTE, Wi-Fi 802.11 b/g/n, Bluetooth, GPS/ A-GPS, 3.5mm audio jack, and a Micro-USB with OTG support. The smartphone is backed by a 3000 mAh battery which, as per the company, will deliver a day’s usage and will be charged fully within 2 hours and 20 minutes. The smartphone measures 151×71.9×7.6mm and weighs 149 grams. 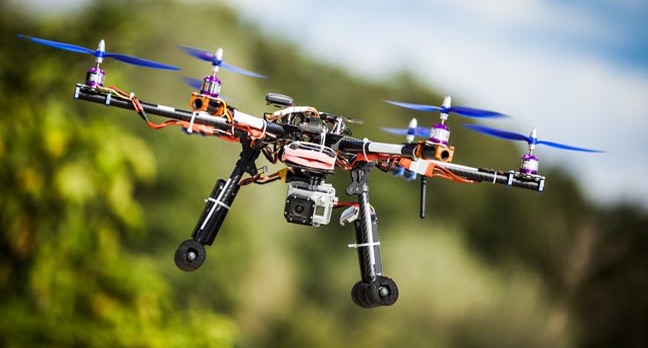 And how about that $3m in registration fees, hm? Attorney and recreational drone pilot John A. Taylor filed the legal challenge last year, claiming that the 2012 FAA Modernization... Read More