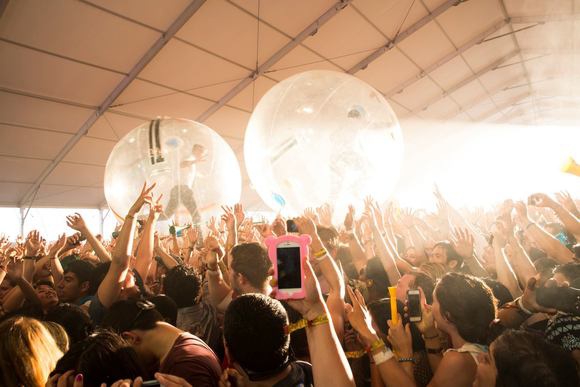 Events are ideal for marketing, with thousands of potential consumers gathered in one place, sometimes for days. Whether it’s an industry-specific trade show or the final game of the World Series, brands know that if they can get their name displayed in front of those captive audiences, they can make substantial sales.

But event marketing has gone well beyond logos and banners. Thanks to technology, today’s event sponsors have a wide variety of options available. Savvy brands realize that customers now use technology to create a multifaceted customer experience at events of all types. Enterprises considering ramping up their marketing efforts in the near future can learn from these businesses. Here are a few ways venues are working with brands to reinvent event marketing.

Analytics has become an integral part in delivering an enhanced fan experience at events. Take sailingfor instance, where it’s been difficult in the past for spectators to view the racing, given the fact that generally speaking, sailing takes place offshore. Software solutions provider, SAP, has reimagined sailing by partnering with teams, leagues, and events to deliver a better viewer experience on-site and online. The Extreme Sailing Series, the ultimate Stadium Racing championship to which SAP is the Official Technical Partner, is a prime example. By attaching sensors to the GC32 boats and buoys around the course, fans in the grandstands can view conditions and race leaderboards displayed as 3-D visualizations on screens around the venue. Without this data, it would be like watching a soccer match without knowing the score. The data gathered also helps sailors develop pre-race strategies, and gives event organizers and members of the media better information for post-race analysis. SAP has recently developed SAP+YOU: The Smarter Skipper, a first-of-its-kind virtual reality sailing experience. It puts users on board a life-like replica of the GC32 catamaran where they experience what it’s like to be in the shoes of the SAP Extreme Sailing Team crew members. As part of the experience, the viewer will also be fed SAP data throughout the race. It will allow them to understand all the factors that are considered by the sailors when racing in the Extreme Sailing Series.

SAP is reimagining the fan experience through technology. Bjoern Ganzhorn, Head of SAP Global Sponsorships explains, “Sponsor partners need to actually use the products and services they promote. Talking points aren’t enough—real, anecdotal experience is key. If there’s no product showcase, then there’s no business case.”

At any event, one thing is certain: almost every attendee will have a mobile device. They’ll likely also check that device throughout the event, especially if they’re wearing a smartwatch or fitness tracker that displays new messages coming through. This has ushered in an era of proximity marketing, where event hosts use beacons to interact with all the mobile devices in the area. Among the many event venues taking advantage of this technology is The University of Kentucky, which rolled out location-based technology in 2015. The University uses this system to send out marketing messages to fans in a certain area of its stadium. As this technology grows more prevalent, brands will begin partnering with various event locations to pay for sponsorship messages that reach customers on the devices they rely on most.

Customers are bombarded with so many marketing messages today, it can be difficult to reach them. Through experiential marketing, however, brands get a chance to let consumers try their products or services for themselves. California-based experiential marketing agency Resonate demonstrated how experiential marketing can be combined with sponsorship when it helped ZenPay win customers at the 2015 Chinese New Year Community Fair in San Francisco. An estimated 80 percent of all festival attendees learned about ZenPay during the two-day event, with many event participants visiting the booth to download and try out the app. ZenPay encouraged attendees to download its app by handing over envelopes that could contain promotional codes for extra money in the new ZenPay account they create. In addition to these booth interactions, Resonate estimates that approximately 14 percent of attendees downloaded the app merely by hearing about it through brand ambassadors during the fair.

Large video screens are nothing new at events. However, HD video has made these screens a bigger part of the event, going beyond merely showing close-up footage from the event. A similar type of sponsorship could be incorporated into any type of event, from conferences and seminars to festivals. But merely having an ad on the screen won’t necessarily get the engagement brands need. Bose found a creative way to use the Jumbotron at NRG Stadium, earning itself advertising while also letting fans have a little fun. The company invited people to share video of themselves performing their favorite team’s chants on social media. Once submitted, Bose chose the best of these to edit into a montage to play at NRG Stadium during player warm ups. It was a relatively inexpensive way to connect with a large number of consumers at once.

Like most other forms of marketing, technology has dramatically reshaped the way event sponsorship works. By being innovative in their approach, enterprises can reach customers in an engaging and useful way using the tools they rely on to buy tickets, get information, and enjoy events while they’re in progress. Moomins and Lordi on the board? It’s in the national interest! The €844m move by government-owned Solidium Oy will see Finnish hands exerting more influence on the networking specialist,... Read More 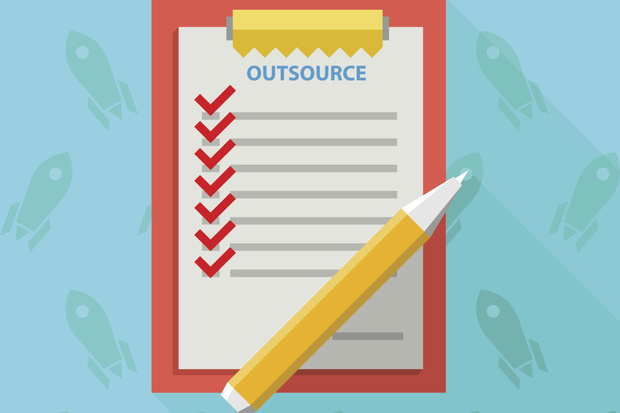