Sonam Wanghchuk, a year ago, launched a campaign to support an alternative university for high-altitude lifestyle called Himalayan Institute of Alternatives, Ladakh (HIAL). He had appealed to the nation to help raise half of the Rs 14 crore rupees initial target that will be needed to start the first school of the HIAL alternative university. “Of the 7 crore target on Milaap over Rs. 4.6 crores have been raised with contributions from over 1000 individuals in their personal capacity and some corporate donations,” said Wangchuk . He expects to reach the Rs 14 crore-mark through CSR activities.

While Wangchuk hopes to raise Rs 150 crore by 2020 for the ambitious HIAL Alternative University, the first school still waits to meet the target of Rs 7 crore to start. For those unaware, Wangchuk has been actively engaged in the educational reforms in the Ladakh region for the past 25 years.

The Milaap crowdfunding page was earlier officially set to close on January 26. However, with still a deficit of over Rs 2.2, the contribution page has been extended by almost two months.

The HIAL team is prepared to get cracking with on-ground implementation of the project. “They are already in process of recruiting for key positions and preparing to start the first batch of Diploma in Integrated Mountain Development this summer of 2018,” said Wangchuk at a press meet in January.

Sonam Wangchuk is widely known around the world for his invention of the Ice Stupa artificial glaciers. For this he won the prestigious Rolex Award Enterprise in Hollywood in November 2016. He contributed to the university project the Rs 1 crore that came with the award and had started a campaign on India’s leading crowdfunding platform, Milaap.

Also read: ‘Made Almost Every Mistake You Can Imagine’, Reflects Zuckerberg as Facebook Turns 14

“HIAL aims to break the rigid boxes of conventional thinking, be relevant to people’s lives, and encourage hands-on learning via practical application of knowledge. At HIAL students will spend more than two thirds of the time in real life applications outdoors. The School of Sustainable Tourism will run actual hotels and homestays and ice parks, School of Sustainable Architecture will build the university itself and the School of Applied Ecology will at the restoration of the valley damaged by effects of climate change,” he said. 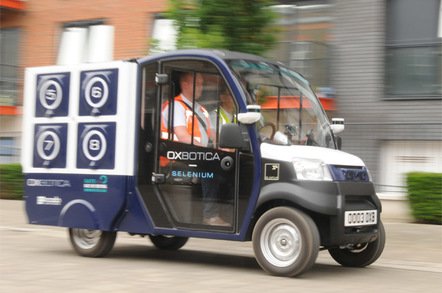 The United States might ban laptops from aircraft cabins on all flights into and out of the country as part of a ramped-up effort to protect against potential security... Read More

The search for worlds circling stars far beyond our solar system will resume in the coming weeks with NASA’s launch of a spacecraft scientists hope will enlarge the known... Read More