The future of autonomous vehicles may not be a car at all, but instead a portable robot that can fit inside a handheld suitcase before taking its place in the driver’s seat.

A new autonomous driving system, called IVO (short for intelligent vehicle operator), uses a handful of cameras, simple motion sensors and a few mechanical devices to depress the brakes and turn the steering wheel. The system compensates for its relatively simple sensors with highly sophisticated computer algorithms, said Oded Yechiel, a graduate student in robotic engineering at Ben-Gurion University of the Negev in Israel, who helped develop the car.

“The advantages of having an autonomous driver is that you can transform any vehicle into an autonomous vehicle,” Yechiel told Live science. “This way, you can still utilize the fleet of worldwide cars. In addition, having a single product that is generic can really reduce costs of manufacturing when going to mass production.” [Self-Driving Cars: 5 Problems That Need Solutions]

The current prototype, which looks a bit like a very stripped-down version of the robot Johnny 5 from the movie “Short Circuit,” costs about $1,600 to produce, though Yechiel said he anticipates cost reductions when the product is made at manufacturing scale. By contrast, other high-profile autonomous vehicles (such as Google’s or Uber’s self-driving cars) can require converting the entire vehicle into an autonomous operator, and can add tens of thousands of dollars to the final sticker price.

The earliest prototype for Yechiel’s robot weighed around 33 lbs. (15 kilograms), but the team is designing a newer version that will be dramatically lighter, Yechiel said.

“The idea is that anyone could carry and install an IVO robot,” he said.

So far, IVO has been restricted to driving in parking lots around the university and has been tested predominantly in a golf cart-style buggy. However, the team has also taken the IVO for rides on the streets in China, where regulations are looser than in Israel, Yechiel said. Still, the level of testing that IVO-driven cars have undergone pales in comparison to that done for competitors like the self-driving car run by Waymo (formerly part of Google), BMW or Ford. Many of the competitors have logged millions of miles of driving. Many expect self-driving cars for ride-hailing services to roll out by 2020, according to production schedules from several of these companies. Last week, Waymo began offering free rides in its self-driving cars in Arizona, USA Today reported.

While it may be hard for some to imagine this pixie-sized robot zooming ahead of some of the larger self-driving car projects funded Google, Uber, Tesla or other heavyweights, these projects also have obstacles to overcome that may be less of a problem for IVO, Yechiel said. For instance, many of the autonomous vehicles in development run on a type of 3D laser known as light-detection and ranging (LIDAR), but there can be interference among the signals from different cars on the road. That problem cropped up in a 2007 DARPA Urban Challenge, in which all the cars created ghost signals for others on the road, Yechiel said.

To build on earlier versions, the team is improving the computer-vision algorithms, which are designed to look at the road and automatically identify obstacles, traffic conditions and pedestrians accurately in the face of high speeds and wildly changing light conditions. The designers anticipate finishing beta testing by the end of this year, after which they are seeking larger financial investments to develop the robot for market, Yechiel said.

As cyber security threats grow globally, Cisco and IBM Security have come together to work through technology integration across products, services and threat intelligence to safeguard the customers. Cisco... Read More Race against Amazon demands rapid iteration, and cash To sweeten its offer, Google extended its Actions on Google platform – by which developers can define how Google Assistant responds... Read More 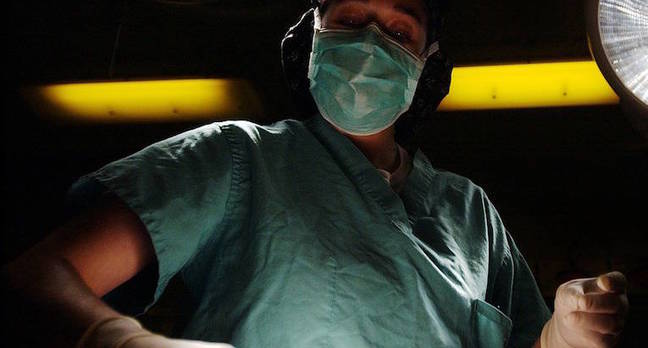