The company announced the “Australia Central” and “Australia Central 2” regions last year, along with the unusual arrangement that they would be housed in third party bit barns run by an outfit called Canberra Data Centres.

The two facilities are now up and running in the suburbs of Hume and Fyshwick on the unfashionable outer edges of Canberra, Australia’s capital. They’re only about a dozen kilometres apart, but on different floodplains and nicely close for networking and failover purposes.

They’re both vanilla Azure bit barns with all the resilience and security you’d expect, plus layers of protection that mean Microsoft has won certification to host “Protected” data under the Australian Government security classification system.

“Protected” data is so-classified because “compromise of the confidentiality of information could be expected to cause damage to the national interest, organisations or individuals.” But “Protected” is the lowest of four rankings under the classification system, Confidential, Secret and Top Secret beat it handily. But Microsoft’s claimed it is the “first global cloud provider”to have won Protected status, although AWS last week announced that its Sydney facilities were signed off to “store and run highly sensitive data at the Protected security classification level” and Dimension Data claimed Protected status in February 2018.

Perhaps the most interesting aspect of the launch is that Microsoft’s pushing the new regions as ideal colocation facilities: the play is to have government agencies move their kit into Azure even if they don’t consume Microsoft cloud services. Redmond would of course prefer government agencies do both, so has built direct network connections from its colo cages to Azure to provide low-latency links to services like Azure storage.

But Microsoft reckons the resilience of the new bit barns makes them ideal for workloads like SCADA or health applications, even without any Azure entanglements. ® Famed antivirus vendor McAfee is an independent company again as the sale of the majority of the firm to private equity firm TPG became final this morning. All current... Read More 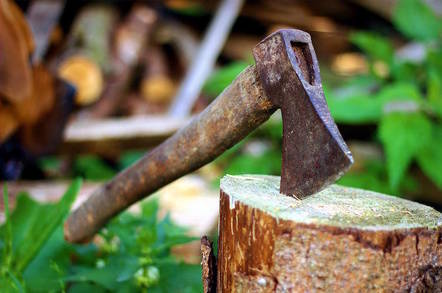