3 years ago admin Comments Off on Samsung Galaxy S8: Three Reasons Why I Won’t Be Buying The Next Galaxy

Yes, Samsung’s much-anticipated Galaxy S8 and S8+ was unveiled on March 29, 2017, to the world. Yes, it does look beautiful. Yes, this is also the make or break phone for the Korean player after the Note 7 Fiasco. What I really liked was the fact that Samsung emphasised a lot on how they did so many safety checks on the battery of their new phone. Well, shouldn’t they have been done in the first place?

The new S8 and S8+ comes with things like infinity display, what it really is basically an edge to edge display. You have seen it earlier also on the Samsung Galaxy S7 Edge. It’s just a new fancy marketing term. Also, there is an invisible home button now on the device. Remember, how Apple cleverly took the physical home button out of the new iPhone 7 and 7 Plus? Yes, it’s kind of similar. Make no mistake, the new S8 and S8+ are beautiful looking smartphones. But, here are my three reasons on why you can just skip this phone for now. Sure, the Galaxy S8 and S8+ come with a quad HD+ display with double edges. Is the new display beautiful? No doubt about that. We have seen in the past the craftsmanship of Samsung’s design team with the S6 Edge and S7 Edge.

But, what happens if it falls? Like all display, no matter what Gorilla backs it, they are prone to breakage. In fact, Samsung even gave a one-year screen replacement warranty with the S7 Edge when it was sold in India. But what happens when you pass that one year mark and the display breaks?

Samsung’s not yet announced their retail plans for India, so you never know whether Samsung will give consumers that replacement warranty for the S8 or not.

We have seen the capabilities of a dual-camera phone in 2016. 2017 has already started with the trend of dual camera phones. Almost, every smartphone manufacturer is offering one, even Micromax. Apple gave it on the iPhone 7 Plus and the world followed. The bokeh effect is a feature that everyone wants their phone camera to have. Admit it, profile pictures on all those social media platforms look way better when they are clicked with a bokeh effect. Samsung just skipped the dual-camera on the S8 and apart from the screen size, battery and a slightly better-clocked processor there is no major differentiating factor for consumers to consider even the S8+.

A dual-camera on an S8+ could have been that factor. All we get now is a similar dual-pixel technology that we have tasted with the S7 and S7 Edge and even the megapixel count on the camera is the same. Was Samsung playing safe? I would rather choose to pick up the Galaxy S7 or S7 Edge even now over the S8 and S8+.

Bixby looks more like a cousin of Google Assistant. Samsung has launched its very own AI-powered, voice controlled smart assistant with the Galaxy S8 and S8 Plus. It’s just another version of Siri or Alexa. Many might argue that it works differently, yes, it will because it’s tailor-made for this phone. But even if you didn’t get it, you could have just downloaded the Google Allo app and you would have been sorted.

Then one would try to argue with the point that the Augmented camera powered by Bixby will let you search for real-life objects on various apps and services. I agree it’s a cool thing, but you already get apps for it on the Google Play store as well. It’s just a gimmick that many will use for a while and then forget about it. For India, will it understand our accent? That’s yet to be tested out and we’ll get you that result once we get our hands on the phone.

Overall, I would still prefer to buy a Samsung Galaxy S7 or S7 Edge over the S8 and S8+. When the new phones come to the market on April 21st globally, just wait for the price to drop on the S7 and S7 Edge and go for them. They are still very relevant phones to buy.

In my opinion, Samsung just played safe this time with the Galaxy S8 and S8+. Tell us what do you think about the new Galaxy S8 and S8+ and also will you buy one for yourself in the comments section below. or just vote on this tweet.

Watch this space for the Review of the Samsung Galaxy S8 and S8+ when it launches in India. 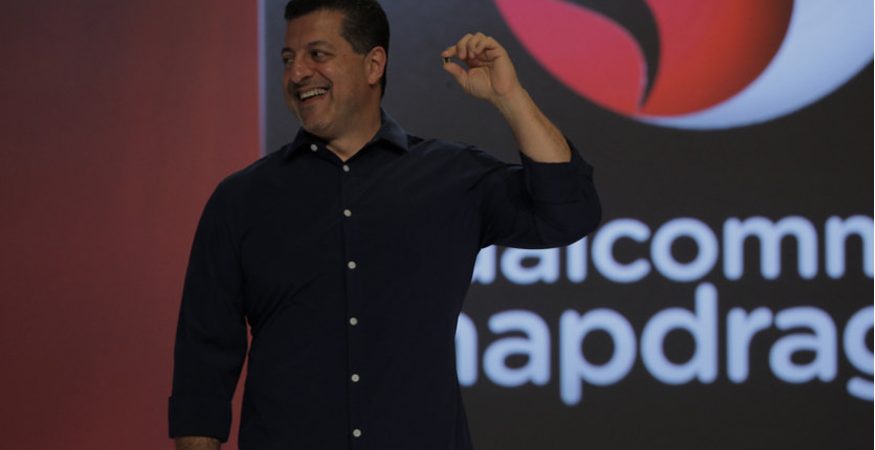 Qualcomm Snapdragon 845 Processor: All You Need to Know [Video]

Mobile chip maker Qualcomm has already announced its next flagship chipset- The Snapdragon 845. So, you can expect most flagship Android smartphones, which will be launched this year, to... Read More