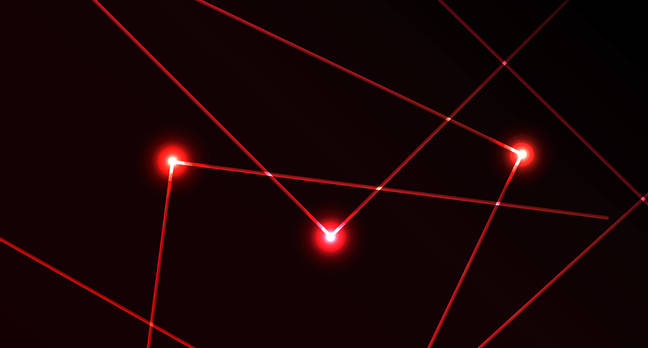 Stable for up to 10x the distance from Earth to Moon

Lasers are, ideally, a concentrated stream of photons at a single frequency. But in reality the light isn’t perfectly monochromatic, as components in the laser introduce flicker noise that disturbs the beam’s frequency, causing it to fluctuate. Most kinds of lasers have a line width of a few kilohertz to a few megahertz.

Researchers from the Physikalisch-Technische Bundesanstalt (Germany’s national metrology institute) and the National Institute of Standards and Technology, and the University of Colorado at Boulder in the US, have found a way to narrow the linewidth for a laser with a wavelength of 1.5 micrometres, establishing a new world record.

The results have been published in Physical Review Letters. The project took nearly a decade to complete and works by reducing the thermal fluctuations of the laser’s resonator.

A Fabry-Pérot silicon resonator made out of two highly reflecting mirrors ensures that the laser light wave reflecting from the mirrors is kept at a fixed frequency. The goal is to keep the mirrors fixed at 21cm (8.3in) apart from each other to ensure the stability and line width of the laser.

The light waves of the laser oscillate approximately 200 trillion times per second, and are stable for about 11 seconds before they get out of sync. By then, the wave has reached a length of approximately 3.3 million kilometres – about 10 times the distance between the Earth and Moon.

The researchers set about isolating the resonator from environmental influences that could nudge the mirrors off position. They cooled the silicon down to -150°C (-238°F) to reduce the random Brownian motion of the material from thermal energy.

The fluctuations of the resonator length are tiny – in the range of 10 attometres (10-18), no more than a ten-millionth of the diameter of a hydrogen atom. It means that the frequency of the laser can vary by less than 4×10-17Hz. But such a tiny improvement is worth pursuing, since it can greatly boost the precision of several experiments that rely on laser measurements.

“In the future, it is planned to disseminate this light also within a European network. This plan would allow even more precise comparisons between the optical clocks in Braunschweig and the clocks of our European colleagues in Paris and London,” Thomas Legero, co-author of the paper and a researcher working at the Physikalisch-Technische Bundesanstalt said in a statement translated from German.

The researchers aren’t stopping there, however, and are eyeing up the possibilities of reducing the line width further, to less than one millihertz. A long stability period will be key to taking measurements in radio astronomy, where the laser will have to travel for longer distances. ®