3 years ago admin Comments Off on Tasmanian property: Apple Isle style at its Peak

Hidden behind an impeccably tidy and impenetrable hedge stands High Peak, one of Tasmania’s most adored family homes.

Shielded by enormous Douglas Firs, cedars and a giant sequoia from the Huon Road that winds below, at 126 years old, the Tudor-style home remains in pristine condition thanks to fourth-generation owners and proud custodians, developer Jim Grant and his wife of 53 years Annabelle.

It is one of the Apple Isle’s few remaining properties still in the trusted hands of its original ­families. The distinctive home was built in 1891 for Charles Henry Grant, a prominent engineer, ­public figure and politician who managed the Tasmanian Main Railway Line between Launceston and Hobart.

Designed to be the family’s summer retreat architect George Fagg, known for his church ­architecture, was commissioned to ­design a property similar to the Parattah Railway Hotel, which he designed and Grant was a ­company director.

Entering is via a long driveway that starts at framed wrought iron gates, standing between rustic stone columns topped with spheres.

Characterised by a complex asymmetrical roof incorporating gables of differing sizes, the house was built from rocks sourced on site with a prominent second floor that sits proud from the level below.

Its majestic style reflects the Grant lineage, a family of Tasmanian entrepreneurs, captains of ­industry and political leaders, whose prominent roles shaped the state and ultimately Australia.

Until he was 10, Jim and his family would relocate every ­summer over Christmas and the school holidays before his parents Charles Henry “Harry” Grant and Gwen Grant, made the bold move to permanently relocate the 15km from Sandy Bay to High Peak on the slopes of Mount Wellington.

“My father and two architects from Melbourne drew up plans to restore it after the war and spent two years bringing it up to an ­acceptable 1950s standard before we moved in,” Jim said.

“My mother was the instigator of the move because she loved the property. I was keen because it meant getting to spend time in the bush enjoying the outdoors lifestyle. That was always my gambit.”

Jim’s love for the family home never wavered, even after moving to the mainland for schooling and New Zealand for university, he ­expressed a desire for the first right to buy his brothers out.

On the death of his ­mother Gwen in 1998, Jim, an agricultural valuer for Tasmanian real estate company Roberts and later a successful land developer, and Annabelle were granted their wish and relocated from their home at Tolmans Hill to High Peak.

“And how do you explain home? It represents us. I say us because I couldn’t do any of this without Annabelle. What she’s done to the house and the garden is extraordinary.”

It’s with great pride that ­Annabelle, who met Jim at an AFL match at age 17, oversees the ­responsibility for maintaining the home in keeping with Jim’s ­mother’s impeccable standards.

Among the historic artefacts found on-site is an original hardbound copy of the Handbook of Tasmania dated 1883 and an ink set gifted to Senator CW Grant, Jim’s grandfather, from the Launceston Gas Company dated 1932.

“High Peak has a certain magic to it; it’s not vast and grand like some of the properties you find in Tasmania’s midlands but this certainly is quite magical,” Annabelle says.

“It is the whole package. It’s the setting, the history and the furnishings. When we came here we gave a lot of our ­furniture to our children and we just wriggled in.”

The home represents the Grant’s contribution to society, business and politics.

Spread over two levels and ­incorporating 18 rooms, five of them bedrooms, entry is via the covered veranda, ­decorated with intricately patterned tiles.

A formal entrance hall at ground level leads to a dining room where ­delicate porcelain and china ­collected over time by ­members of the family are kept in an English Baroque oak buffet.

The original features including the high ceilings and leadlight windows from Belgium — now ­triple glazed to retain heat — complement the antique furnishings.

Many pieces, including a matching pair of decorative fireplace screens to prevent women’s makeup from melting, were carefully selected by Charles Henry Grant in England and shipped out specifically for the house.

What CH Grant was unable to source he had custom made in Paris.

Despite the overwhelming sense of history, subtle upgrades have been made inside and out.

The kitchen has been modernised, the bathrooms upgraded and a servant’s hallway has long gone, no longer needed after many years as a discrete way to maintain ­service without disturbing the confidential meetings of visiting businessmen or political leaders.

The garden too has matured and progressed since overseen by Scottish gardener James Scott, who migrated from Plymouth, ­England aboard the SS Coptic in 1887.

An imposing Californian Red Wood tree, planted alongside the gravel driveway and approaching 130 years in age, has a girth to rival the width of a family SUV and a myriad of paths have been ­extended, winding through of ­exotic trees, flowers, hedges and sandstone walls.

Twice, the esteemed horticulturalist and broadcaster Peter Cundall has showcased the property for television specials and it’s among the cool weather climate garden the Grants host community groups and charitable causes just as the generations did ­before them.

A desirable location for society and professional events, it has been documented the Duke and Duchess of York (later King George and Queen Mary) paid a private visit to High Peak in 1901.

Thoughts occasionally turn to the next generation but Jim and Annabelle are wary of not placing restrictions on anyone into staying put in ­Tasmania.

“I think it’s also very important to our children that it remains part of the family.

“However, we don’t want our grand children to feel they are ­obligated with staying in Tasmania because of the house. We hope they go out and explore the world and know they always have a bolthole to come back to.

“It will always be home.” 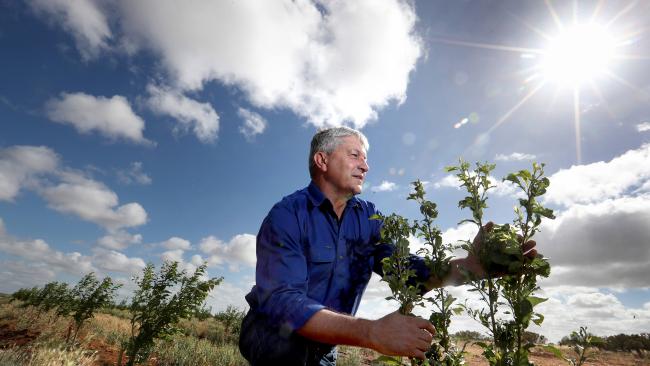 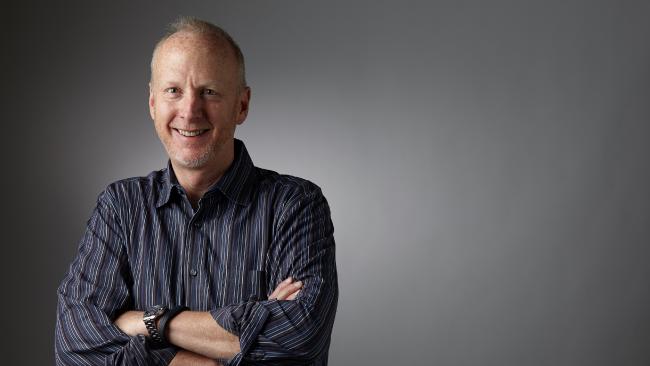