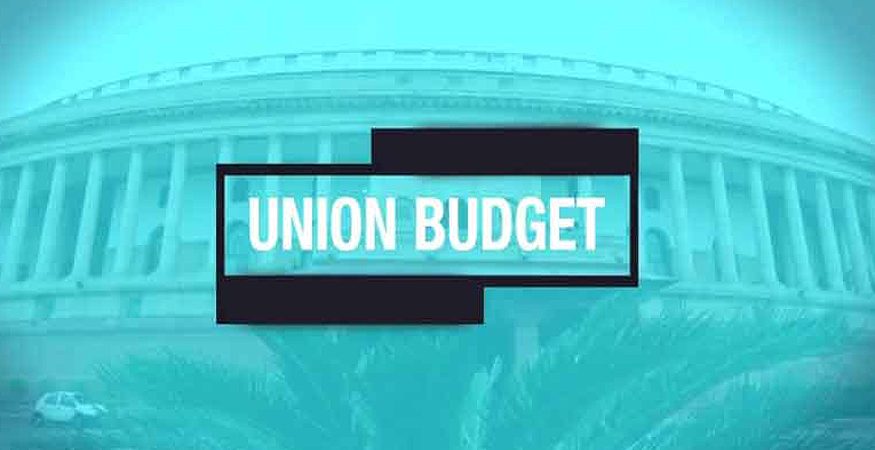 3 years ago admin Comments Off on Union Budget 2018: Technology Industry Reacts to The Budget

Union Budget 2018 has been announced by the Finance Minister, Arun Jaitley and since then, citizens across the nation have had several opinions to it. Similarly, various organisations of the technology industry have had mixed responses to the budget. While some are happy and welcome this year’s budget, others are a bit more sceptical. Here is how the technology industry reacted to the union budget of 2018.

Rajeev Jain, Chief Financial Officer, Intex Technologies hails the new budget, “I welcome government’s move to walk the talk on “Make in India” by increasing customs duty (to 20%) on the imported mobile phones and in PCBAs of accessories like batteries & chargers (15%), which will prove to be the big boost for localisation and setting up of a domestic component ecosystem. This is a big thumbs up to domestic players like Intex, which have been developing domestic capacities since long in electronics manufacturing.”

A similar opinion is shared by Kunal Bahl, Co-founder & CEO, Snapdeal, as he says “We commend the focus on growing the digital footprint, providing better physical infrastructure, and improving not just the ease of doing business but also ease of living in the country. The enhancement of digital infrastructure with more broadband access in rural parts, unique ID to companies, record allocation to building national highways and railways, and multifold increase in airports will go a long way in broad-basing growth in the economy”

Mahesh Lingareddy, Founder & Chairman, Smartron also praises the boost to ‘Make in India’ initiative, saying “Union Budget 2018 has given clear indications of a continued focus on the growth of new businesses in India. The announcement of increase in basic customs duty on mobile phones to 20% is a concrete step towards fostering local manufacturing in India which would further fuel indigenous innovation. This will allow us to build an innovation engine pipeline of several global brands in the country. As India’s first global OEM and IOT brand with a vision of putting India on the global innovation map, the Union Budget would prove to be the necessary catalyst for our continued growth towards becoming a multi-billion dollar company globally.”

Sanjay Sethi, CEO & Co-founder, ShopClues, states “We are happy that, Finance Minister has given a boost to infrastructure spends and to the MSME sector. The MSME sector is the backbone of our economy and this boost by the government will ensure higher production and consumption. With a focus on technology, the Finance Minister has provided great support to the digital industry. The government’s decision to create 500,000 wifi hotspots in rural India will enable broadband access to those with no or little access to the realm of the internet. This will help grow the digital commerce industry and encourage more people to adopt cashless economy.”

Vikas Agarwal, General Manager, OnePlus India believes that his company has everything in place for the budget – “This is opportune time to introduce next set of regulations to attract investment in the manufacturing sector and establish India as a global hub for electronics. At OnePlus, we are fully committed to the Indian market and welcome the proposed regulations. Currently, all OnePlus smartphones are produced locally and we are already exploring ways to further increase the share of local manufacturing to ensure there is minimal cost impact of any new regulations to the end customer.”

Renu Satti, MD & CEO, Paytm Payments Bank also lauds the budget – “We welcome the budget initiatives for promoting financial inclusion through higher penetration of banking services, increased health insurance coverage under National Health Protection Scheme and easy access to credit. Increased outlay in infrastructure including wifi spots will extend benefits of internet and technology-enabled services to masses. Additionally, development and digitisation of agricultural markets will bring farmers into the formal economy. We look forward to leverage these initiatives to provide digital payments, banking and other financial services to rural India.”

Priya Mahajan, Head of ASPAC Public Policy & Regulatory Counsel, Verizon Enterprise Solutions found many good points in the budget, “We welcome the focus of the Union Budget on disruptive technologies such as Artificial Intelligence (AI), Big Data, Internet of Things (IoT) and Robotics. With the renewed focus on Digital India, we hope that the Government of India also consider additional reforms to the telecom sector. Reforms that will create a predictable, flexible, lightly regulated and reliant on technology policy framework that incentivizes the businesses to invest, reinvest and to compete in India’s telecom market on a level playing field basis. Reforms that will also provide consumers with greater choices to modernize and simplify regulations for all stakeholders. We are also encouraged that the government is considering series of initiatives to empower the Indian citizens with broadband access thereby bridging the digital divide. Broadband access will spur demand for digital services and usher in a new era of digital revolution, establishing India as one of the most robust ecosystems for investment and innovation in the world.”

A similar opinion is shared by Vinu Cheriyan, CFO & Director Operations, Sennheiser Electronics India Pvt Ltd “The reduction of corporate tax to 25% for the companies below 250 crores, will certainly bring ease of doing business in the economy. The allocation of INR 3073 crore was much expected after government’s emphasis on demonetization towards making India a digital economy. The allocation of over INR 10,000 crores for building Wifi Hotspots for the rural India, is surely a welcome move and will further strengthen the Digital India vision of the government. 2017 was significant for the telecom sector as India skipped from 2G to 4G with all the telecom players focusing on 4G. The focus on creation and augmentation of telecom infrastructure in 2018-19 and efforts of government towards 5G is really applaudable. The focus on manufacturing and the impetus given to skill development were much needed for job creation. This budget has been a great initiative keeping in mind the various obstacles in the growth of our economy.”

Vishal Gondal, CEO and Founder, GOQii applauds the government’s focus on improving healthcare this year, “Emphasis on improving and extending the healthcare schemes to the grassroot level was the need of the hour. The ambitious plan that the government has announced in this sector is a welcome move. Initiatives like the National Health Policy of 2017 which commits Rs 12000 crore for development of health centres and the National Health Protection Scheme which will help 10 crore poor families by providing them with upto Rs 5 Lakh cover per family per year for secondary and tertiary care will be gamechangers in the healthcare industry. These initiatives show that the government is taking steps to improve the quality of life in the country and create awareness regarding the importance of health. I believe that the government’s emphasis on health insurance is a positive sign. Overall, we welcome the move by the government towards the healthcare industry.”

Ajey Mehta, Vice President India, HMD Global believes that the budget will have no major impact upon the company’s operations – “HMD Global continues its strong emphasis on PM Modi’s Make in India campaign. While the import duties for mobile phones increased to 20%, along with a 15% duty on key components, this will have a minimum impact on our business, as all of our current portfolio of Nokia phones are manufactured in India.”

P Sanjeev, Vice President Sales Huawei India, Consumer Business Group believes “Huawei Honor is with the law of the land and in line with the government’s vision of furthering local manufacturing. With our India first strategy, our aim is to build local capacity for indigenous production in India to meet the growing demand for the our smartphones in the market in the long run. Earlier this week, we have begun production of our latest bestseller the Honor 7x and will continue to add to our production portfolio.” .

Rajesh Aggarwal, Co-Founder Micromax has mixed views on the budget – “The focus on AI is a welcome move towards technological advancements in India and an allocation of INR 3073 crore for the Digital India scheme will certainly propel digital adoption and smartphone adoption in the country. The increase in customs duty on Mobiles will encourage local manufacturing. As India is becoming the global hub for manufacturing, the measures taken by the government will surely grow confidence amongst the manufacturers and I strongly believe that this will further create business and human resource opportunities as well. Also, with the government’s move to invest in over 5 lakh WIFI Hotspots, will enable rural India to have Broadband access which in turn will be a significant stepping stone in the Digital India movement. The government’s measures towards the import duty on printed circuit boards (PCBs), camera modules, connectors and other components that go into making smartphones, will boost the Make in India initiative and will relentlessly pursue in curbing imports and building value addition in the country. Micromax is deeply connected on the Make in India initiative with 3 running factories and we support this.”

He further adds “However, the increase in customs duty on the certain parts of TV might affect the manufacturing ecosystem adversely. We need the government to help in creating an improved local manufacturing and a better component ecosystem for the consumer electronics manufacturers as well.”

Syed Tajuddin, CEO, Coolpad India does not find the budget to be a viable one “The increase in custom duty from 15% to 20% will definitely hamper the cost to customer, especially when it comes to getting repairs for the high-end devices. While increase in custom duty on handsets will compel brands to manufacture or assemble more in India, still there is not great support for local ecosystem for manufacturing spare parts. And this lack of local spare part manufacturers will mean a tough situation for mobile handset brands. Hence a brand is compelled to import most of the spare parts and customers have to bear some burden of it.”

Lenskart.com Ties up With Truecaller to Improve Customer Service

Lenskart.com announced a strategic collaboration with Truecaller. The partnership between Lenskart.com and Truecaller for its Truecaller Priority feature is aimed at enhancing the experience of the end customers by... Read More 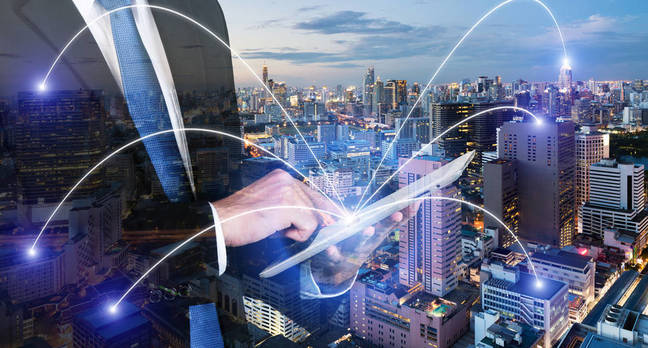 Connected device expert on post-Borg IoT The outfit began as a machine-to-machine wireless comms specialist, Jasper Wireless, before changing its name in 2014. Speaking at Mobile World Congress in... Read More

Asus has announced a new Software Upgrade via FOTA for the Zenfone Max lineup – the PowerMaster app. The new app will also be available for the older version... Read More