Melburnians with a taste for fine homes have been buying up big-ticket mansions in Victoria’s Mornington Peninsula.

Toorak-based businessman William Tymms recently lodged a caveat as purchaser of a Weeroona Avenue mansion in Portsea that used to form part of the gardens owned by prime minister Harold Holt before his disappearance in 1967.

The 1885sq m allotment was offered for sale for the first time last year through Rob Curtain and Patrick Sinn of Sotheby’s International Realty, with hopes of around $9 million. They declined to discuss the sale.

The block, which accommodates a five-bedroom home built in 1990, occupies a signature position at the sheltered end of Fishermans Beach in a tightly held cul-de-sac with spectacular views across Port Phillip Bay, Police Point and Portsea Pier.

Despite the flurry of recent sales, high summer often isn’t the best time to inspect houses by the beach.

January may be a popular time to view properties on the Mornington Peninsula, but the crowds mean it’s the hardest time to get around, Kay & Burton Portsea director Liz Jensen says.

“There’s congestion in the townships — it’s gridlocked (in January).

“The people in the know tend to come down out of (summer) to look, which explains why we have sales all year.” In the high season Jensen can be busy with not only keen buyers but also visitors who want to know what’s on the ­market.

Jensen has been in the real estate business in Portsea and Sorrento since the late 1970s, and has seen an increasing proportion of young families move to the area permanently.

But at the tip of the peninsula, she most often sees downsizing grandparents looking for a beach house.

They’ve often sold their family home in Melbourne and moved into a new luxury apartment in the city, which is too small for their kids and grandkids.

The median house price in Portsea is $1.8 million, according to realestate.com.au, up 50 per cent since 2013.

Nearby, a four-bedroom home in Docrell Lane went for $2.775m.

Further north on the coast, and closer to Melbourne, Mount Eliza is another popular spot with young families.

“There’s a lot of old money coming back into the area,” says Aqua Real Estate principal Michelle Skoglund. “A lot of my clients are coming from Toorak, from Brighton.”

The trip from the city to Mount Eliza is shorter than the trip out to Portsea.

But Mount Eliza offers relative bargains: clifftop properties can be had for around $7m, compared to similar homes in Melbourne’s bayside suburb of Brighton that sell for around $20m, agents say.

Aqua sold the clifftop family home at Pelican Place, Mount Eliza, for $4.575m, with bay views and four-car garage. In Glen Shian Lane, a five-bedroom home, which included an open-plan kitchen and living area with stone fireplace, marble benchtops and a dumb-waiter lift for the garage, ­recently sold for $6.2m, according to public records.

On the market now, price expectations are in the high $5 millions for another Glen Shian Lane house, which features a range of entertaining options, including a formal lounge and alfresco wood-fired pizza oven.

And at Watts Parade, a home with four bedrooms plus study features a temperature-controlled wine cellar, a gourmet kitchen with two dishwashers and butler’s pantry, a home theatre and elevator. The property is currently on the market, with prices on application, and it last changed hands in March 2016 for $6.2m.

Skoglund points to the nearby wineries as a wintertime attraction.

“From Mount Eliza you can go to a beautiful winery in 20 minutes and be in another world,” she says.

“They’re gorgeous in summertime but I think they’re exceptional in winter. Most of the wineries are set up with a beautiful indoor fireplace.” 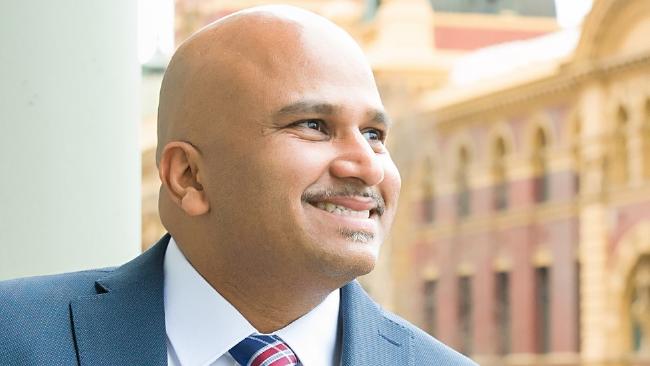 Why Australia makes an ideal test market for tech companies

What do Citibank, AOL, and Germany’s Priori Data all have in common? They’ve successfully used Australia as a test market for a tech product or service to drive strategic... Read More