This is a big-ish deal for VMware, because its core strategy is to keep you using its stuff even if you hear the siren song of public cloud.

The company has observed that the complexity involved in lifting and shifting an app to the public cloud means it is possible to resist a swift move, but wants to ensure that you don’t feel that running VMware prevents you from taking advantage of infrastructure-as-a-service.

Enter HCX, which not only moves a VM – an old trick long-since handled by vMotion – but also brings its networking, firewall and storage entanglements along for the ride. The promised result is a swift move to the cloud for virtualized applications and the infrastructure that surrounds them, meaning an easier on-ramp to IaaS and another reason to keep using vSphere.

HCX also works with IBM’s cloud and Amazon’s, and the latter’s special version running vSphere just expanded into Europe at AWS’ London facilities. VMware has also promised Asian and European expansion by the end of 2018.

The company’s boosted its SaaS offerings too, with its Cost Insight and Log Intelligence tools now in the Amazon cloud. The former analyses the cost of running workloads in clouds, including things data egress charges that often deliver unpleasant surprises to cloud novices. The latter offers granular intelligence on the performance of vSphere-on-AWS. VMware’s also brought Wavefront to the party, adding its analytical capabilities of apps and containers to the mix.

VMware-on-AWS can now also run Horizon, Virtzilla’s desktop virtualization product. Doing so on the AWS cloud means IaaS fun, plus the chance to run desktops adjacent to other data or applications they rely on if they’re in AWS.

VMware’s also cooked some treats for the 4,000-odd other outfits that run clouds on vSPhere. Such outfits get new “certified architectures” that explain exactly the hardware they need to run their offerings. There’s also a new “verified” badge for service providers to display if they behave as VMware desires.

In the wake of the failure of vCloud air, VMware’s attempt to build its own public cloud, the company’s cloud strategy looked muddy. Now it has a good stack for whipping up clouds – Cloud Foundation – cloud migration tools – HCX – a growing SaaS portfolio, partnerships with the world’s number one and number four clouds and a fleet of other supporters.

It also dominates private clouds, be they on hyperconverged or conventional servers and storage.

In recent months the company has also moved to secure that position, by giving extended support to vSphere 6.5 and encouraging upgrades.

The moves announced today won’t hurt any of those plans and should also help to head off Microsoft’s unauthorised vSphere-on-Azure service and associated migration offerings. ® 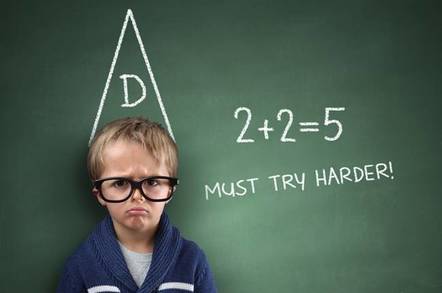 Two former Violinists are back on the scene, as is SymbolicIO under new name VxRail gets a disk failure prophet ProphetStor Data Services was started in 2012 to federate... Read More With its announcement last week that it will purchase enterprise artificial intelligence (AI) and automation vendor Rage Frameworks, Genpact became the first IT and business process service provider to... Read More